What Do We Expect from the Fed? 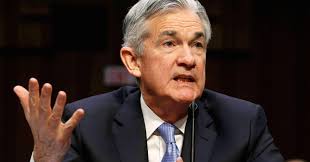 The FOMC meets this week and the consensus overwhelmingly expects a rate hike of 25 basis points.  What else is expected in Jerome Powell’s first press conference?

First and foremost, let’s state for the record that we share the market’s expectation for a rate hike this week.  A few other matters are also fairly clear.  The Fed is likely to want to avoid any kind of market shocking type of announcement in Powell’s very first policy pronouncement.  It is also clear that the economy has been performing quite well, so more rate hikes could easily be justified.  Yet, Powell does not want to get ahead of the data.  (Unlike economists, lawyers work off facts, not economic projections.)  He wants everything he does to be justified by data.  Walking this fine line is likely to be finessed by only a few Fed officials moving up their “dots” in the interest projections that will be released.  So the Fed will be seen as drifting towards more rate hikes at this time.

The economic projections themselves will also merit close scrutiny.  For more than a year, the Fed’s projections have been internally inconsistent. The Fed has been projecting both stronger growth than has occurred and slower declines in the unemployment rate, a rather strange combination that almost seems selected partly to help justify their slow rate hike policies.  With the unemployment rate already at 4.1%, it will be interesting to see if the Fed will project a decline below 4.0% or economic growth above 2%, as is now widely expected by Street economists.  Such a forecast now appears inescapable, yet it could also demand more policy rate increases sooner rather than later.  This is the Fed’s dilemma now.

The Fed is also well aware that the fiscal stimulus from the tax package should soon affect the economy at precisely the wrong time.  The economy does not need stimulus with such a tight labor market.  Instead of strengthening real growth, much of the increase in spending should drive up inflation.  The Fed understands this and the Powell Fed may choose to avoid acknowledging this potential problem so explicitly.  It isn’t as if they can do anything about it, except respond with a tighter monetary policy once higher inflation materializes.  But how will they prepare the markets?  Some preparation is needed, so investors aren’t shocked when the Fed must respond to rising inflation.  Yet they also don’t want to prejudge the problem before it becomes manifest and risk criticism from an Administration that we can safely assume doesn’t want to see rising interest rates.  Nothing dramatic is likely to be announced by the Powell-led Fed, but they will have to earn their keep anyway.