The Starter’s Gun Went Off Early! 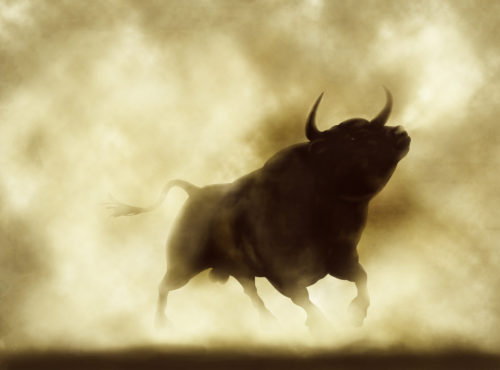 The larger than expected increase of 379,000 jobs in February (and a good-sized upward revision to prior data and another slight decline in the unemployment rate to 6.2%) suggests that the economy is already lifting off after shutdowns due to the pandemic.  We were expecting this to start in March or April.  Now, it appears the economy is already off to the races even before another round of fiscal stimulus.  What remains unknown is whether this strong growth will increase inflation beyond the Fed’s objectives.  The investment implications of the latest data are quite positive for stocks and negative for bonds.  So, we continue to position for the reopening and keep maturities short in our bond exposure.

It was widely understood that widespread shutdowns in response to the surge in pandemic cases over the winter would hurt the economy.  Many also recognize that a rebound in activity was highly likely as warmer weather and increased vaccinations reopened the economy for business.  This scenario appears to be playing out slightly faster than anticipated.  Estimates for Q1 GDP have been rising rapidly.  A mere 4 to 6 weeks ago, Q1 estimates of zero were common and some were negative.  Now, some exceed 10% and most range from 6% to 8%.  February’s hiring data solidifies the prospects for a sizeable increase even in the first quarter.

The rebound in hiring is very likely to continue.  Employment at bars and restaurants was one of the hardest hit parts of the economy during the height of the pandemic.  Headcount is still more than 2.0 million below February 2020, but gained almost 300,000 in February even before many closing rollbacks were announced.  The same pattern is evident in other leisure activities.  Disneyland reopens April 1, for example, and movie theaters will soon reopen in NY City, even if capacity will remain quite constrained at first.  This implies the recovery in jobs will be spread out over several months.  But with vaccinations becoming widespread, with more than 2 million Americans getting shots daily, and the announcement that every adult will be able to get the vaccine by the end of May, there is little reason to doubt a quick reopening for the economy over the next few months.  And that’s all without another fiscal stimulus package.

Unemployment remains well above pre-pandemic levels and many companies, especially smaller ones, are still struggling.  But the damage inflicted by the pandemic cannot be reversed overnight without the risk of very troublesome consequences and a solid recovery is underway.  There is plenty of pent up demand and savings to finance that spending at the ready.  An additional fiscal package does appear likely now and it may also be followed by a longer-term oriented infrastructure package that the economy badly needs anyway.  We are following these initiatives quite closely.

These economic developments have clear implications for the markets, notably providing a solid basis for the rally in stocks, as well as the rotation from pandemic beneficiary companies to more cyclically sensitive and harmed companies.  To be clear, we do not think growth stocks are toast.  Rather, their growth will revert closer to historical norms after getting a turbocharge boost from the pandemic.  Symmetrically, travel, leisure, entertainment, restaurants and such, which were severely harmed by the shutdowns, now enjoy prospects for strong recoveries.  This has been evident in the market for a few weeks now and it is far from over.

Consistently, yields on Treasuries have been rising for several weeks.  With the economic recovery so visibly underway, there is little reason to think yields might revisit recent lows unless some new, unseen major shock occurs.  It is vastly more likely that interest rates will continue to normalize, which is a euphemistic way to project higher yields.  Bond investors were disappointed this past week that Fed Chair Jerome Powell failed to suggest the Fed would increase long-term bond buying to counteract the rise in bond yields.  This was wishful thinking.  The Fed is committed to keeping policy interest rates down, but that applies to short-term rates.  The Fed understands that it can influence long-term rates, but mostly only temporarily.  It most certainly wouldn’t want to push longer-term rates down actively and encourage bond investors to bet on rising inflation and bet against the Fed policy stance.  So, we fully expect longer-term rates to rise some more.  The pace of that normalization is less clear.

The key to interest rate projections is the behavior of inflation.  After years of inflation running below target, the Fed now would like inflation to exceed 2% for some unknown time period.  That would enable the economy, notably jobs, to heal more quickly.  But there are risks here and I’m reminded of the line about being careful what you wish for.  With economic growth likely to be very strong in 2021, possibly exceeding 5%, it is also possible inflation could come back more than desired.  The Fed would be very comfortable with inflation around 2.5%, but that very objective renders a 10-year Treasury yield of 1.5% unsustainably low.  If inflation gets to 3%, an even larger rise in bond yields (and decline in prices) becomes more likely.  Even so, there is little risk of such an outcome in 2021, since unemployment is still too high to sustain a quick rebound in inflation.  And it is still too soon to forecast inflation behavior in 2022, especially since the Administration’s fiscal policy stimulus plan hasn’t been passed, as yet.  At most, we can only suggest that a larger rise in inflation is a real possibility next year.  We will monitor the data as it reveals its hand, but we are already quite prepared for such an outcome.