The recession that hasn’t happened yet 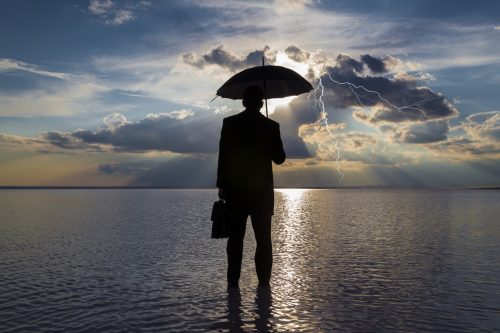 We seem to be waiting in slow-motion for an imminent recession that has yet to arrive, but is widely anticipated.  The markets, ever forward looking, had awful 2022 results largely due to rising rates and the belief that a recession was going to overtake the economy at some point in 2023 – the only questions being when and how bad it may be.  But what if the consensus is wrong, or whatever type of slowdown we’re heading into is milder than feared?

In 2022 we saw equities (using the S&P 500) have a total return of -18.1% and bonds (using the iShares Core U.S. Aggregate Bond ETF) have a total return of -13%.  The S&P’s return was its fourth worst since its inception in 1957.  And why not?  The Fed raised rates by 450 bps last year and their messaging has been relentlessly consistent that rates will need to go higher for longer.  This is in response to the highest level of inflation (9.1% in June of last year) since the early 1980s, which was in direct response to the unprecedented amounts of fiscal and monetary stimulus as a result of Covid-19.

So, what are some of the market and economic indicators looking like currently?  Importantly, credit spreads are only somewhat elevated to their five-year average before Covid-19.  In other words, at this point in the economic cycle, they’re very orderly and aren’t flashing warning signals.  Also, rather interestingly, the Atlanta Fed’s GDP Now forecast for the fourth-quarter of 2022 is at 3.5% – quite a bit away from consecutive quarters of less than zero.  Unemployment stands at a remarkably low 3.5% (its lowest level since Dec 1969).  As well, the number of job openings remains stubbornly high near all-time high levels.  Employers, in general, have been said to be “hoarding labor” due to the difficulties in finding capable workers during the pandemic – this only makes the Fed’s job that much more difficult.  We’re starting to see headlines of layoffs in the tech industry, but to date it’s largely been contained in that industry.  And the tech industry’s layoffs are largely related to their over-hiring during the pandemic which was based on assumed high growth demand being extended indefinitely out into the future.  Even with those layoffs, initial unemployment claims have fallen below 200,000, an exceptionally low level.

Additionally, China’s economy is re-opening.  It likely won’t be in a straight-line with their economy resuming its role as the world’s growth engine, but for the past three years they’ve largely been missing in action.  Their reopening should provide at least an incremental lift to global trade this year; it should be noted that this in itself could be inflationary due to the increased demand for oil and gas coming from China’s re-opening.

Two other economically sensitive parts of the economy are showing signs of improvement.  The Dow Jones Transports fell 29% peak to trough in late September of last year.  Since then, it’s rebounded by 20%.  Housing, as represented by the iShares U.S. Home Construction ETF fell by 41% peak to trough in mid-June of last year and since mid-June it’s up 34%.  So, transports are holding in relatively well considering the wide-spread belief that a recession is imminent and the demand for housing, especially from millennials, is providing support for the housing market.  Housing construction declined sharply in 2022, but should soon find a bottom due to favorable demographic support.  And auto and aircraft manufacturing, two very large sectors, will see sizable recoveries in 2023.

The point of all of this is that we’re a long way from a recession in the first-quarter of 2023.  The resilience in the economy, the markets and the consumer are still rather apparent.  And this likely means that the “higher for longer” theme from the Fed isn’t going away for a considerable amount of time, just as senior Fed officials have told us repeatedly.  We should probably take their statements more seriously.