Resilient, with Upside and Some Risks 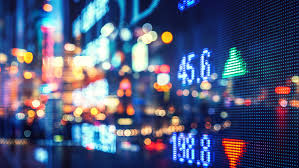 The reversal in stock prices after Gary Cohn’s resignation as Economic Advisor to the President from quick large early losses to a minimal loss for the day demonstrated that the bull market remains on solid ground.  The jobs report on Friday simply added icing to the cake.  Still, there are risks to the outlook.  The jobs report was not as positive as commonly thought, despite very good growth with little evidence of rising wage inflation.  We think this combination represents more wishful thinking than a sustainable reality.  But as long as investors believe the underpinnings to the U.S. economy remain sound, there is every reason to favor stocks over bonds.

It appears most analysts took the jobs data at face value and concluded that hiring is very robust and labor is coming back into the market, which is relieving some of the upward pressure on wages.  This view implies cost pressures remain benign.  But it could also be wrong.  Here’s another view.  The hurricane devastated Puerto Rico with a major loss of electricity and jobs in an economy already suffering from very high unemployment and severe budget problems.  Puerto Ricans are U.S. citizens and many left to work in the U.S.  Here’s some data to support this view.

So, it may be more appropriate to conclude that many Puerto Ricans fled to the Continental U.S. because of unlivable conditions at home and readily found jobs here, because the country is desperate for workers.  The idea that so many people out of the labor market came back and found jobs so quickly in such a short period of time may be wishful thinking.  The surge in hiring will boost GDP growth temporarily for as long as the influx continues.  But it would also distort assorted key labor market measures, such as average earnings or the unemployment rate.  For example, the pace of hiring rose, surely in part because firms could fill vacant jobs more easily with these new job seekers.  This may continue a bit longer.  But if those workers return to Puerto Rico, which seems unlikely, the labor shortage here would worsen.

The market’s reaction to the data was actually quite mixed.  Stocks rallied because the economy is doing well and wage inflation was not perceived to be a threat.  Inconsistently, the bond market sold off.  If wage inflation pressures decreased, as stock investors believed, bonds should have rallied.  It seems bond investors recognize that the pace of hiring is simply unsustainable, so higher wage inflation is coming, even if it isn’t visible yet.  That seems like the correct conclusion, even if stock investors didn’t get there on Friday.

All of the above suggests that the bond market remains concerned with inflation pressures and rate hikes by the Fed, ideas we share.  Stocks investors seem to be focused elsewhere.  Equities do well as long as economic growth is strong, profits are rising and interest rates aren’t rising rapidly.  We think that will remain the case for the visible future.