No Where to Hide 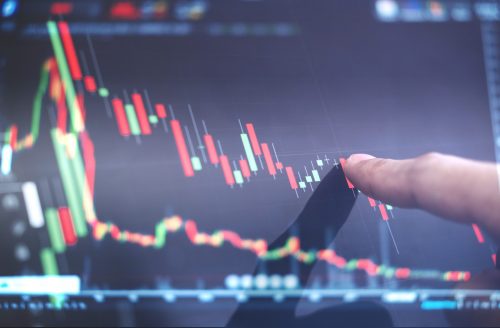 So far this year, equities and bonds have both been in risk-off mode.  Equities, as represented by the S&P 500 and the Nasdaq Composite, are lower by -10% and -18%, respectively.  And bonds, as represented by the Barclays US Aggregate Index, are down -9.4% year to date, a huge decline by bond market standards.  The corresponding AGG ETF is now at its lowest level since August of 2009 (chart below).  The move higher in interest rates this year has been persistent and unusually fast.  Most bond market participants were caught flat-footed by this dramatic sell-off in bonds (a major tip-of-the-hat to our Fixed Income PMs, Kevin Kelly, Kevin Strauss and Chuck Lieberman who were positioned for this move in rates).  We’ll take a look at the implications for the markets and the economy with this move higher in rates.

Inflation is at its highest level in over 40 years, partly for transitory reasons, but also due to more fundamental forces.  So, the Fed has made it abundantly clear that it’s embarking on an aggressive rate hiking cycle.  The short-end of the curve, as denoted by the 2-Year Treasury, has moved from 0.73% at the start of the year to 2.68% today, a very large move in a very short amount of time.  Federal Fund Rate futures are pointing to about 3.00% by February of next year for that overnight lending rate.  So, with just one rate hike of 25 bps in March and numerous comments from various Fed speakers, the Fed has already successfully tightened financial conditions fairly aggressively.  Short rates are substantially higher, high yield credit spreads have widened by over 140 bps, and mortgage rates have gone up by over 200 bps this year.  This increased cost of capital tends to slow the use of it – at least at the margins – and that tends to reduce economic activity.

Indeed, the outlook for US GDP growth this year has been trending lower likely due not only to those rate increases, but also to the continued supply-chain disruptions (China lockdowns), higher wages, higher commodity prices, and the war in Europe.  At the start of the year, projected 2022 real GDP growth was estimated at 3.90% by the collective group of 75 economists surveyed by Bloomberg.  That level has now been lowered to 3.20%, a rate that is still above potential and is consistent with declining unemployment.  And the S&P 500’s multiple stood at 21.1x at the start of 2022 – it’s now at 17.2x.  This more sober multiple reflects some of that anticipated slowing in economic growth.

Within equities, we’ve seen some pro-cyclical groups of stocks show real signs of stress relative to the broad market.  The Dow Jones Transports are down -8.3% YTD, the Sox Index is down -24%, the KBW Bank Index is down -11.6%, and the home builder ETFs, ITB and XHB, are down -30.6% and -28.3%, respectively.  These rate-sensitive and growth-sensitive groups of stocks have been hit hard by the sharp move higher in interest rates and the lower growth forecasts, as you would expect.  But if the 2-Year Treasury is done or close to being done pricing in the Fed’s rate hikes, most of the damage to these groups is in the past.  Indeed, since mid-April, the aforementioned groups of stocks have started to outperform relative to the broad market.  This isn’t to say that rates are necessarily done going up.  They’ve proven themselves quite capable of going much higher than the market anticipated.

Regarding the longer-end of the curve, we’ve seen the 10-Year Treasury rise from 1.51% at the start of the year to 2.90% last week.  That move higher has inflicted a lot of damage to equity valuations and bond portfolios that are long duration.  But, the fact that the 10-Yr is now approaching 3.00% is in itself a positive indicator for the economy. For the ten years that ended on 12/31/2021, the 10-Yr Treasury had an average yield of 2.03%, which matched (approximately) the average real GDP growth over that span.  At 3.00%, the 10-Yr is approaching today’s projected 2022 real GDP growth rate of 3.20%.  An economy that’s growing something north of 3.00% is still exceeding the economy’s growth potential, so some additional moderation should be expected.  But equities at 17.2x are more reasonably priced on a go-forward basis.  We remain cautious regarding the outlook for the bond market, but cautiously positive with respect to equities. 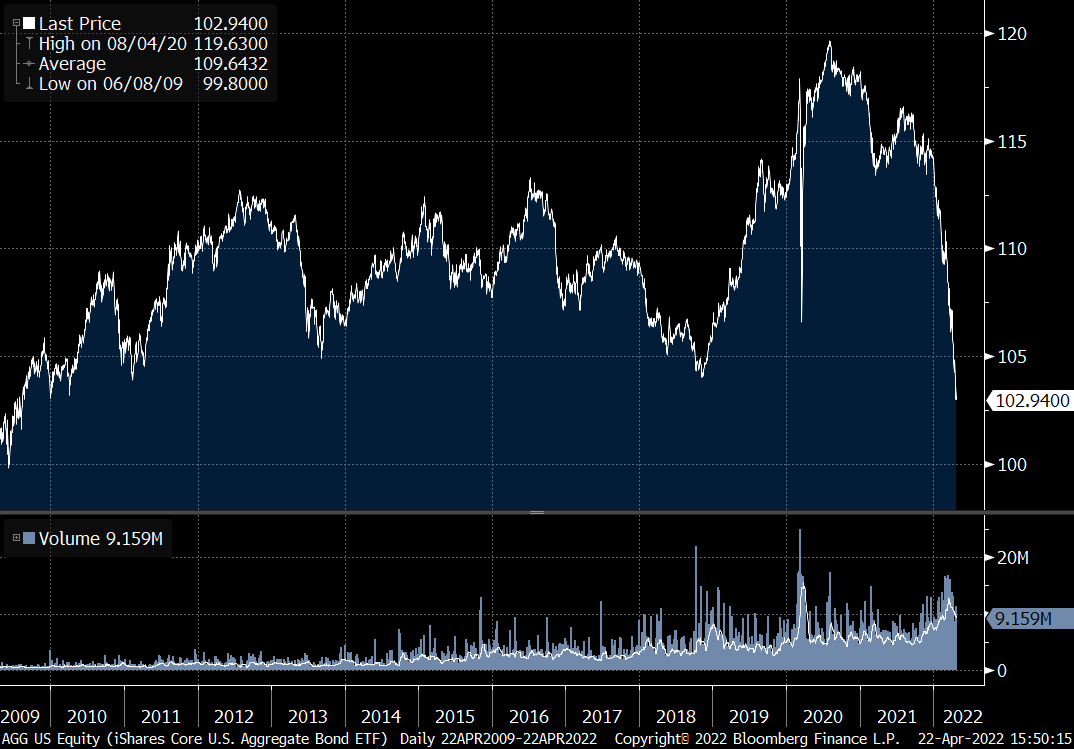