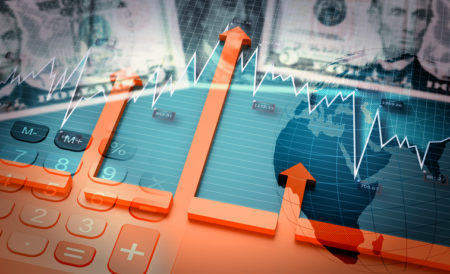 Earnings season has arrived and, once again, we may see strange behavior, such as stocks failing to respond positively even when reported profits beat expectations. Friday’s declines for Citigroup and JP Morgan are cases in point. Of particular interest this season will likely be company guidance for the future, rather than results over the last quarter. The looming implications of a trade war, rising interest rates, and broader political uncertainty has elevated investor demands. At times like these, when political noise adds to volatility, investors must dig into longer term fundamentals when choosing which positions to maintain throughout the cacophony. When we look at fundamentals—for the economy, sectors, and companies—we see mostly strength (the economy), positive structural drivers (select sectors), and opportunities and pitfalls (companies).

The Street is expecting another quarter of strong earnings growth. After the first quarter’s 24.8% year-over-year increase in profits, earnings are expected to have risen 18.9% in 2Q—this would mark the second highest level of year-over-year growth since 3Q 2010. More importantly, earnings expectations have risen over the course of the quarter, and this stands in contrast to the usual pattern of analysts starting out more optimistic and then revising earnings downwards as a quarter progresses. The fundamentals, simply put, have been getting better, not worse.

Perhaps more surprisingly, especially in light of the recent volatility in stock performance, all eleven sectors of the S&P 500 are expected to see earnings rise from last year’s levels.  The fundamentals are positive across the board. Energy (expected to see 143% earnings growth) is once again leading the charge as that sector continues to rebuild off the lows of 2016. Materials (49%) also continue to benefit from the tax code change and still relatively cheap oil and gas. The tech sector—one with particularly strong long-term structural growth potential—is expected to see earnings expand by nearly 25%, while financials deliver roughly 18% earnings growth.  The usual slower growth sectors, consumer staples, utilities, and REITs, are expected to grow also, but at a pace below 10%.

We have emphasized the importance of two key positive drivers behind earnings growth—the lower corporate tax rate and moderately priced oil and gas (a material input into the costs of production in many sectors). These act like positive “productivity shocks” for companies by dropping more to the bottom line in the case of the tax cut, and by raising profits for a given level of labor and capital in the case of cheap energy. Firms have been responding to these benefits by expanding operations. Revenues for 2Q among the S&P 500 companies are expected to have grown nearly 9%, far outpacing GDP growth.  But oil prices have been rising over the last year, although they are still 27% below the 2011-2014 average. Provided oil doesn’t return to those levels ($90-$100 per barrel)—and we don’t think it will—we don’t expect the recovery in oil prices to create too much of a headwind in other sectors.

This nascent trade war, however, warrants some caution. While we continue to expect the end game to be less bad than the market seems to assess on its worst days, the initial impacts are being keenly felt by select companies and industries. The 25% tariff levied by the Trump Administration on $34 billion in Chinese goods was met by retaliatory tariffs from China, targeting soybeans, whiskey, lobster, OJ, and a handful of other products. Trump is threatening tariffs on another $200 billion in Chinese imports, and China is preparing to retaliate again. This loud and public negotiation will almost certainly continue to disrupt stock performance as it has since January. Last Wednesday, the S&P 500 dropped 0.7%, but the market still finished the week up 1%.

The concern among investors goes beyond the sectors thus far named as targets for retaliation. The fear is that a prolonged trade war with ever higher, tit-for-tat trade barriers could eventually compromise broader economic activity. While the trade war has begun in earnest, we are still far from that sort of debilitating outcome. Our trade partners (both in China and Europe) have little to gain by responding in kind to U.S. protectionism, and China’s rhetoric in recent days has indeed become more subdued. During this earnings season, however, companies will have to hedge outlooks because of this threat, so guidance will be more cautious than is typical. It’s likely, though, that the upcoming midterm elections will force a more reasonable trade settlement than the market fears. This may not get resolved until sometime in the third quarter, however, so until then, hang onto your hats!