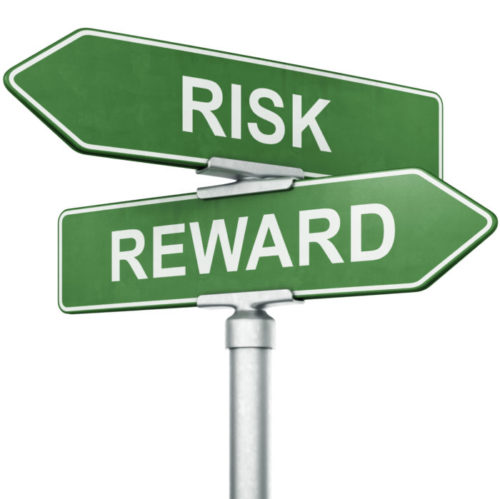 Analysts describe investors as “Twitchy,” Skittish,” and “Anxious.”  It is impossible to read a financial publication without being informed that inverted yield curves signal recession.  The decline in yields on Treasuries is commonly taken as the market anticipating or preparing for a recession.  The trade war is taken as the cause of slower growth around the world and to result in a recession in the near future.  Numerous other dire warnings are commonplace for a wide assortment of reasons.  Perfect.

Fear-mongering is a widely engaged in an activity to garner attention, whether by “analysts” who want to be quoted in the media or by the media seeking to attract more viewers.  The negativity shakes investors and it is very likely that those who lack conviction almost certainly have fled the market during its random, sharp downdrafts.  Yet, the S&P is only around 3% below the all-time high set in July.  It must be highly frustrating for those nervous investors to be sitting in cash, earning peanuts, while stocks seemingly rebound after every scare.  Nonetheless, this all makes perfect sense to us.

First and most importantly, the economy continues to grow at a solid clip despite the headwinds that threaten it.  Yes, tariffs are damaging.  It is commonly mentioned that a 10% tariff on $300 billion in imports from China would cost consumers $30 billion.  It goes unmentioned that these imports may be replaced by similar goods from other countries that are not subject to this tariff.  It is also largely unmentioned that the decline in oil prices reduced gasoline prices by about 30 cents, reducing household costs by roughly $43 billion, more than offsetting the prospective loss in buying power from tariffs.

Many have noted that job growth has slowed down, which can be spun in assorted ways.  Most often, the slowdown is taken as evidence of weakness that could presage a recession.  But it most certainly also reflects an unemployment rate that is at 3.7%, one of the lowest levels on record.  Firms have limited ability to hire when unemployment is so low and many surveys and reports indicate that labor scarcity is the greatest problem they face.  Inevitably, growth must slow down.  But at 2%, it is holding up quite well and there are no visible problems or bottlenecks that point to an impending downturn.  Moreover, the Fed is trying to support growth.  And Trump, who is seeking re-election, is also likely to do all he can to promote growth.  His Democratic challengers will do all they can to suggest the economy is performing poorly, which is entirely normal for every political campaign.  Trump made precisely the same claim when he sought office in the last election.  Politics aside, the data looks fine.

Second, the market also appears to be sound and attractively priced.  As long as growth continues, even at the 2% pace of the past several years, profits will also continue to grow.  Assuming $178 in 2020 S&P 500 profits, a mere 6.5% gain over the $167 that is almost already in the bag for 2019, the market is now trading at around 16.4 times earnings, very close to the average of the past 50 years.  Excluding the four FANG companies, (Facebook, Amazon, Netflix, and Google), the market’s multiple is around 14.5.  Many cheap stocks and cheap whole sectors abound, including financials and energy.  Moreover, interest rates remain extremely low, so investors looking for any kind of return have little choice but to look at equities.  In fact, the dividend yield on the S&P 500 exceeds the yield on the 10-year Treasury and stocks will provide some amount of growth over a 10-year span.  It is easy to make the case that stocks are expensive if you assume a recession and use that to project a fall in profits.  But without a recession, stocks are quite reasonable on average, more than reasonable when excluding the FANG outliers, and are extremely attractive relative to bonds as an alternative, especially over longer horizons.

Lastly, market sentiment is awful, reflecting all the fear-mongering and the political cacophony.  Many nervous investors have been frightened out of the market and they are sitting on excessive piles of cash earning nothing, yet they need to be invested to achieve their retirement goals.  Thus, any market decline presents them with an opportunity to get back in and correct their mistaken decision to get out.  Such investors need to become inured to market noise and volatility, and time will help them do so.  So market sell-offs are excellent buying opportunities and investors should hold onto the stocks of good companies.  Patience will be rewarded.