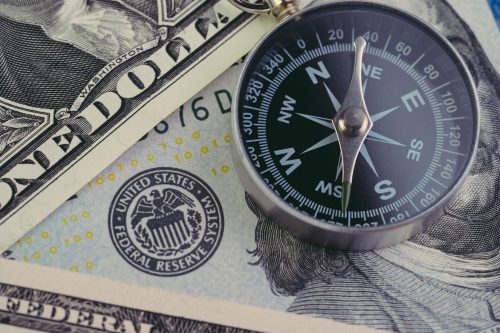 Investors can’t decide if they should worry more about inflation or recession.  The Fed is clearly more concerned about inflation right now, even as it hopes to avoid triggering a recession down the road.  We agree.  So, we expect the Fed to continue with a string of 50 basis point hikes until they get monetary policy to neutral, which is roughly in the ballpark of 2.5% to 3% for the Fed funds rate.  We still see a negligible risk of recession in 2022 but must admit that 2023 is too early to call; it is simply beyond our radar screen.  But there should be no presumption that a recession must occur, since the Fed does not seek such an outcome.

The Fed finally hiked rates by 50 basis points last week, a move that surprised absolutely no one.  After falling so far behind in modifying policy to confront current economic conditions, it badly needs to catch up as quickly as possible, but without causing a panic in the market.  So, they signal every policy action long in advance.  We should already expect a 50-basis point rate hike at both of the next two meetings.  They will evaluate their policy course at that point.

Some investors are fearful the Fed will hike rates too much, or too fast, concerns that are stoked by the many fear mongers who bid for media visibility.  Nonetheless, it is hard to project a recession when firms are trying (and failing) to fill 11.5 million jobs, demand is unfulfilled for autos, housing, durables, and chips, and shortages abound.  As bottlenecks are relieved, unsated demand will keep the expansion going.  But this isn’t to suggest a recession isn’t coming.  It simply isn’t on the radar screen yet.  The shortages we know about simply make a recession in 2022 highly unlikely and we have little visibility into 2023, which depends on how quickly the bottlenecks are eliminated, how much the Fed raises interest rates, and how people and firms respond to those economic signals.  Forecasting is difficult, especially when you try to forecast the future.

I suspect a major head fake is coming this summer.  The economy continues to roll, with 428,000 new jobs in April.  This is simply unsustainable.  Hiring must slow because there are insufficient unemployed workers to be employed.  But the economic bears suggest that hiring will slow because the Fed is hiking interest rates, which will slow growth or cause a recession.  When hiring does slow, as it must, the bears will claim success for the Fed’s policy and argue that rate cuts are imminent.  However, if hiring slows because of ever worsening scarcity of labor, labor costs and inflation will worsen.  That’s why the Fed must hope it can slow growth with a tighter monetary policy, not because we’ve run out of workers to hire.  If it is the latter, the Fed will have to drive rates well into restrictive territory and risk recession.  But some voices will not be so nuanced, so I suspect we will hear plenty this summer about slowing growth obviating the need for more rate hikes.  This view may be incorrect, but it will be loud, and it may well cause bonds to rally, taking up stocks, too.

The Fed is unlikely to be fooled by such a cavalier misunderstanding of the economic data.  It is desperately hoping that policy rates can be ratcheted up gradually and systematically without upsetting the apple cart.  The Fed wants a slower, more sustainable growth rate that enables inflation to moderate, while avoiding a recession.  And that’s certainly possible theoretically, even if has been difficult to achieve in practice.  To that end, we can expect every Fed action to be telegraphed in advance, with as much advance notice as the Fed can possibly provide, so as to avoid shocking investors.  Indeed, we already know they plan to hike rates by 50 basis points at the next two meetings and by at least 25 basis points at subsequent meetings.

Given the policy context, we intend to remain very defensive in our positioning in the bond market, as we have been for some time now.  Interest rates are still not at appropriate levels quite yet.  High multiple stocks, especially companies with little or no earnings in the near future, remain vulnerable if rates rise more than expected.  Nearly half of the companies in the NASDAQ are down around 50% from their highs and about 5% are down more than 90%, so considerable damage has already occurred.  Some of this is appropriate in that some valuations were unrealistically stratospheric and are unlikely ever to get back there.  But in other cases, valuations are becoming more reasonable and interesting.  In contrast, value stocks are down modestly, provide more safety and they should continue to participate in the growing economy.