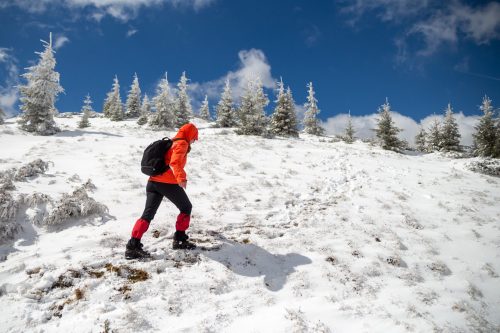 Stated more directly, the question becomes “should European equity investment be avoided all together?”  After all, the phrase “sick man of Europe”, coined to refer to the country on the continent experiencing the most economic difficulty, appears to be best applied to the continent itself.  Indeed, most everything plaguing the US economy – rising interest rates, high energy costs, supply chain disruptions, political conflicts – seem worse in Europe.  In the political conflict category, the frequent political stalemates caused by the two-party system in the US seems a model of consistency compared to the constant disruption and leadership changes engendered by the unstable, multiple-party coalitions formed in Europe.  This idea that “things-are-always-worse-in-Europe” seemingly even applies to natural disasters as the worrisome drought, raging wildfires, and extreme heat punishing portions of the US west have also exploded across Europe.  Some are calling Europe’s drought the worst in 500 years.  Equity markets reflect this Europe-is-bleak sentiment.  US equities, off an ugly 16.01% year-to-date through September 8th, defended better compared to Europe, down 22.58% in dollar terms.  Thus, many believe investing in Europe, especially now, does not make sense.  We argue investing in Europe does make sense. Especially now.

It’s understandable why many US investors fear Europe.  They’re bombarded daily with negative headlines impacting the continent.  Most notably, the tragic invasion of Ukraine by Russia, causing global energy industry upheaval, jolts Europe more intensely compared to other regions due to its higher dependence on Russian fossil fuels.  With the War’s end nowhere in sight and Russia limiting natural gas flows to Europe as colder weather approaches, analysts worry this could bring about a recession, the less analytical suggest an economic winter.  Such news induced investors to “vote with their feet” lately, evidenced by global and European equity and bond funds facing net outflows over the last three months.  This panic-first, ask question later, indiscriminate selling is quite a turnaround from the strong inflows these funds witnessed in January and late 2021 when economists and investors generally expected the region to shine in 2022.  Now, however, Europe is truly unloved, illustrated by the euro’s weakness, off 12.08% year-to-date.

Although these problems are real and should not be dismissed, we believe the gloomy outlook is overdone. As we all know, the news media exaggerates negative news, generally eschewing positive stories.  With human nature wired up to focus more on negativity, this reporting distortion appeals to our cognitive bias, boosting the media’s readership.  For example, disrupted Nord Stream flows receive daily updates; less reported is the fact that European Union natural gas storage has now reached 87% (Germany is at 92%), two months ahead of schedule, and enough for three months of normal-temperature winter weather. Further, conversion to coal and other alternative fuels combined with conservation efforts lowers gas demand.  Germany’s gas usage fell 21% in July.  While still at an extremely high price, the demand/supply rebalancing helps explain the 39% plummet in the Dutch natural gas price over the past two weeks.  LNG appears to be filling the short-term shortfall, but longer term, new pipelines from Northern Africa and the Middle East promise independence for much of Europe from Russian gas.  These pipes will access newly discovered massive gas fields off Cyprus, Egypt, and Israeli waters.  On the oil front, Europe appears on track to reduce reliance on Russian oil by two-thirds by the end of the year.  Ergo, while agreement on anything by the constituent countries of Europe does not typically come easily, when it does, it can happen at breakneck speed.  Witness the universal adoption, commitment, and implementation of greater EU defense spending.

Importantly, Europe’s short-term challenges do not change the long-term fundamentals for most of Europe’s companies, and even the short-term impact will be muted for many.  Many larger companies, especially, do not depend solely on Europe’s near-term economic fundamentals.  There are several global leaders based in Europe, but with majority exposure to other parts of the world.  Our holdings in International ADR and Global strategies, for example, include worldwide industry juggernauts in such areas as food products, luxury consumer goods, semiconductor fabrication equipment and chemicals, food and fragrance ingredients, industrial automation tools and services, 3D design software, and biotechnology therapeutic solutions.  A few of these lack meaningful competitors from the US or anywhere else in the world. Those who do face competition currently enjoy a competitive edge due to the cheap euro versus the US dollar, trading at a 30% discount to fair value by most metrics.

Keep in mind equity markets will soon look beyond the near-term economic slowing, and Europe’s economy will recover at some point.  Typically, equities post a significant upward move long before this shows up in the economic data.  Additionally, we think the region’s upturn will surprise for several reasons.  First, Eastern Europe continues to provide lower labor cost to the continent.  Geographical proximity, multiple language capability, and improving skillsets in Eastern Europe help the broader region competitively.   These aspects gain in significance as inflation pushes costs of production higher worldwide, and global players seek low-cost alternatives to their China-based operations.  We also note the EU’s reinvigorated motivation to increase trade with the world to effect further disconnect from Russia.  Long a lament by many EU member states on the lack of trade progress, the bloc is clearly on the offensive.   This includes efforts to revive the EU-Mercosur trade agreement, stalled by the France-Brazil spat over rain forest destruction, and to engage in earnest tariff-free negotiations with Mexico, Australia, and New Zealand, to name a few.  It should also be pointed out that trade with China remains robust, driven by new train lines increasing freight trade by 89% year-to-date.  China’s trade importance to Europe, already ahead of the US, continues to grow.

Finally, and in our opinion, crucially, European stock valuations are beyond compelling.  Some would say stupid cheap.  The relative price-to-book ratio displayed in Figure 1 shows Europe’s valuation at 44% of the US.  When this ratio moved below 70% in late 2001, considered cheap at the time, European stocks outperformed US stocks by 166% over the next seven years.

As Figure 1 illustrates, Europe almost always trades cheaper than US equities.  This is largely based on profitability, but as Figure 2 reflects, Europe’s profitability is improving, gaining irregularly on the US since 2014.

In conclusion, Investors should remember that recoveries start when dour sentiment dominates investor thinking.  Perceiving all news as bad, ignoring positive developments, and espousing an attitude of pervasive disbelief typically presages multi-year, significant, positive moves by an asset class.  Most US investors only invest in US stocks, and foreign market turbulence reinforces the comfort with this approach.  Equity markets, however, don’t reward “comfortableness”.  Long-term successful investing means not following the crowd, and the crowd has definitely moved away from Europe.  Yes, winter and its colder temperatures are coming, but from an investing standpoint, the buds of spring are about to sprout.