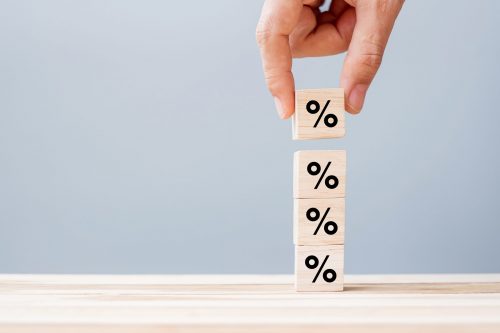 The Fed will likely downshift from 0.75% hikes to 0.50% each meeting, but this says absolutely nothing about how high rates will go.  The peak in rates will be determined primarily by how much and how quickly inflation comes down, and whether the labor market remains extremely tight.  We think the Fed funds rate is likely to get to around 5% to 5.5% next year.  But the market gets carried away at every possible indication that its wishful thinking of a quick moderation in inflation and rate hikes will occur soon.

The Fed must slow the pace of rate hikes for the simple reason that it has already accomplished its goal of bringing rates closer to neutral.  That was the easy part.  If the Fed wanted to crash the economy into recession, it would keep going.  But it seeks a soft landing, which requires far more finesse.  Now, it must figure out how restrictive to make policy and that is not obvious at all.  So, the Fed is likely to slow the pace of rate hikes to 50 basis points per meeting to allow more data to come to reveal whether inflation and growth have slowed sufficiently to get the Fed closer to its 2% inflation goal.

One serious complication in figuring this out is that growth is going to slow even if the Fed stops raising interest rates entirely.  (To be clear, we would NOT recommend that approach.)  As shown in the latest jobs report, hiring is slowing even in the face of enormous numbers of job openings.  The reality is that hiring gets ever tougher as fewer people are unemployed.  It is simply infeasible to continue hiring 400,000 monthly when the pool of unemployed is down to 6 million.  So, hiring will slow.  Hiring fewer workers because they are unavailable doesn’t help.  Will demand for labor moderate?  If it doesn’t, then the effort to hire workers, especially because it will become increasingly difficult, will drive up wage inflation and limit any possible progress in reducing inflation.  This implies the Fed must monitor inflation trends, but also labor market slack to determine if it is rising much at all.

The second part of that agenda is extremely contentious, since there are many people, including quite a few politicians, who object to any job loss in the pursuit of moderating inflation.  They complain about unelected Fed officials conducting a war against workers or seeking a recession and objecting to any rise in wages.  Such politically loaded arguments ignore that economic theory provides no other solutions to achieve a moderation in inflation.  Wishful thinking is not a useful strategy.  Historically, the Fed has all too often succumbed to such pressures to limit rate hikes and allowed inflation to become entrenched, thereby forcing the Fed to hike rates dramatically later to push the economy into recession.  That’s exactly what this Fed is trying to avoid.  Instead, it seeks that proverbial soft landing to bring inflation down, despite such precise economic management being far more successful in theory than practice.

For investors, we continue to expect more rates hikes, but at a slower pace, 50 basis points instead of 75.  That will give the Fed (and us) more time to determine if inflation is coming down with any prospect of getting closer to the Fed’s 2% objective.  In the meantime, markets have finally largely adjusted to the Fed’s policies, even if still incompletely.  While high P/E multiple and unprofitable company share prices have fallen the most, that is entirely appropriate.  Value stocks trading at lower P/E multiples with decent growth prospects are unambiguously cheap.  We are very comfortable with such selections and expect them to work well, even if the market remains rocky and volatile in the short run.  On the fixed income side, rates and credit spreads have both increased, making such investments quite interesting.  While parking money in cash now offers a decent yield, far better investments are now available in both stocks and bonds, depending on client risk appetites.